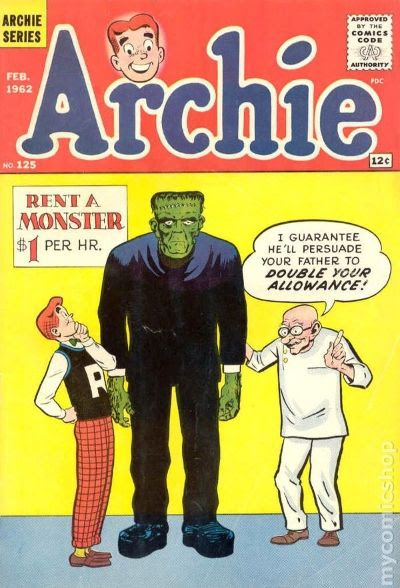 Recently I received a few requests pertaining to locating and identifying some key Archie Comics covers. That's because, in my past professional life, working on staff at Archie Comics as a writer, editor, PR guy and archivist in the 1990s, I spent a lot of time exploring the history of the long-lived publisher. Inevitably, when folks find this out I end up with all sorts of requests related to Archie.

In particular, I was tasked with researching, compiling and editing the Archie Americana Series, a series of paperback collections gathering the best and most exemplary stories, decade-by-decade in Archie’s publishing history.

I noticed something interesting as I pored through the company’s library. (Side-note: in their company library, Archie has nearly every comic book issue they ever published, compiled together by years in-between hard covers custom-made for the company). It seemed that between late 1961 and early 1962, there were several covers featuring caricatures of Universal Monsters! 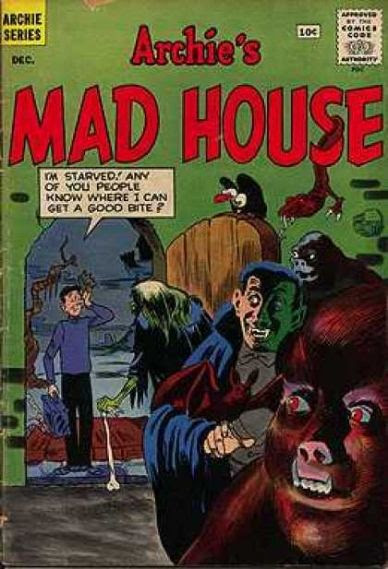 I didn’t immediately put the connection together, but it ultimately became apparent to me that this string of covers was a direct result of the “Monster Kid” craze that had swept the country.

This craze was kicked off by the 1957 syndication of Universal Horror movies in what was known as the "Shock Theater" package, which introduced a whole new audience (especially kids) to monster movie classics (read my friend Pierre Fournier's excellent multi-part article about it on his Frankensteinia blog when you click here). It was a craze that stuck, touching all spheres of pop culture including music (the Monster Mash), toys and merchandising, magazines (Famous Monsters of Filmland, Castle of Frankenstein. etc.), animated cartoons and sitcoms (Mad Monster Party, Milton the Monster, Addams Family, Munsters among them), and yes, comic books.

The thing about comics is that they are usually produced (script, art, printing) months in advance of their distribution. So a comic book cover dated July 1961 may have actually been produced as early as January of that year. Which would put the covers below even closer to the debut of Shock Theater (not that it mattered – again, the craze was enduring and Shock Theater lasted for years). 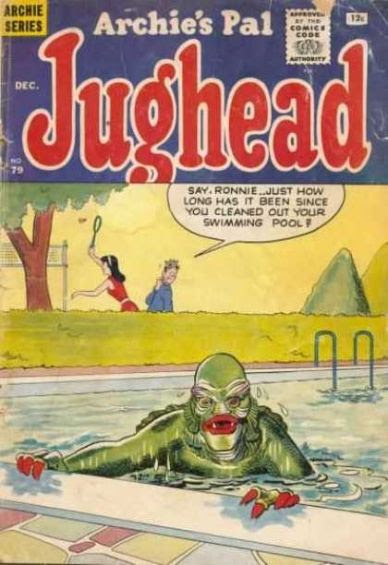 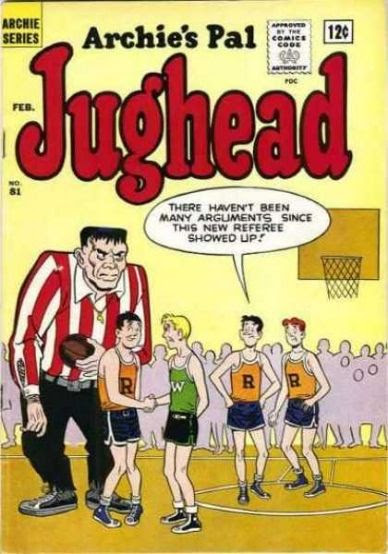 This wouldn’t be the last time caricatures of Universal Monsters figured into Archie Comics – they’d make appearances for years to come (including in the series I wrote, Archie’s Weird Mysteries), but these covers most certainly represent a direct response to the renewed popularity of the Universal Monsters due to Shock Theater, and the enduring popularity of the “Monster Kid” craze.

Speaking of which, no fan of the Monster Craze will want to be without the book, Monster Mash by my friend Mark Voger. It’s a delightful coffee table book filled with photos covering the breadth of monster mania in the 1950s and ‘60s, available from TwoMorrows Press when you click here. 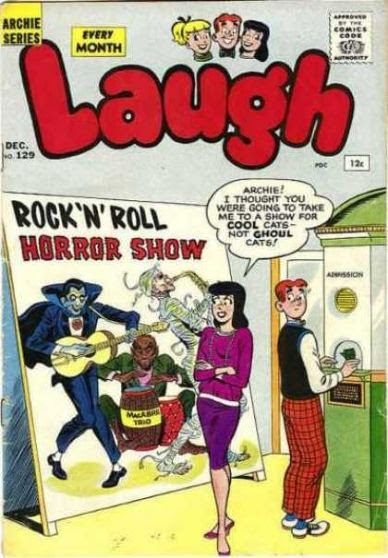 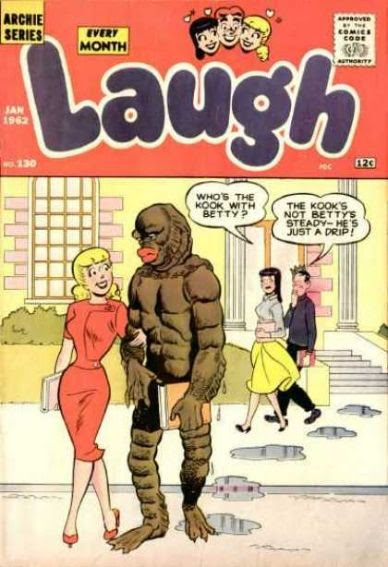