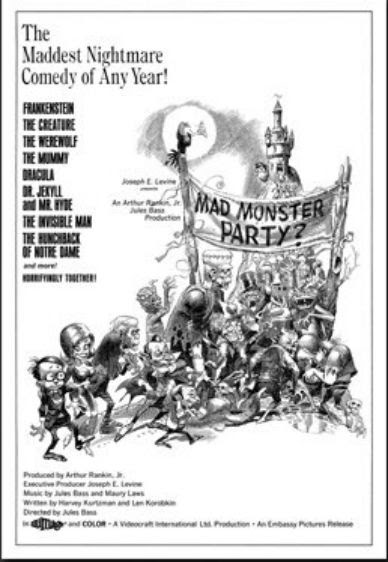 This past week, a legend in the world of cartooning left us. The impact and influence of Jack Davis’s work, and the legacy of what he left behind cannot be underestimated. For those of us who love horror-comedy, Jack was one of its premiere practitioners, and a vital component in the “monster kids” craze that ensured the popularity of classic movie monsters would endure eternally.

As long-time readers of this blog know, Jack was the artist who conceived the character designs for one of the great horror-comedies films of all time, the stop-motion animated monster rally classic, Mad Monster Party.

However, Jack did so much more than that. From magazine covers (including TIME and TV Guide!) to comic book stories to trading cards to print ads to animated TV commercials and more, Davis’s amazing illustrations dazzled with detail even at their looniest and cartooniest.

At EC Comics, his command at sequential storytelling in the horror, crime and war genres begat an army of comic book artists. Many became superstars in their own right. Many owe Jack their debt! Davis’s expert renderings of forms, detailed compositions and perspectives underscored just how dramatic well-drawn comic books could be.

As a member of the founding class of “the Usual Gang of Idiots” at Mad Magazine, he helped define what an all-out, no holds barred humor magazine could be. Here was unbridled lunacy on par with the Marx Brothers and Three Stooges, but writ in pen and ink and (sometimes) color. Again, some of the zaniest cartoonists appearing in Mad’s wake were no doubt inspired by Davis.

It’s rare to find talents who excel at being both illustrators and cartoonists, at both drama and comedy, but Davis was such a talent.

Davis’s connection to horror-comedy doesn’t begin and end with Mad Monster Party. Davis was extremely fond of the Universal Monsters, so any opportunity he got to draw these characters was cherished and tackled with gusto. From Mad Magazine stories and gag pages, to record album covers, to advertisements, to trading cards and more, Davis’s great reverence for the classic monsters shines through the parody.

Rather than go through a lengthy history of Mr. Davis, I invite you to read the two fine articles writer and pop culture historian Mark Evanier has written:

More importantly, I’m going to let his work speak for itself… so gaze upon this marvelous selection of creepily kooky, eerily cartoony work from the master, then check back in with me below for a special last word: 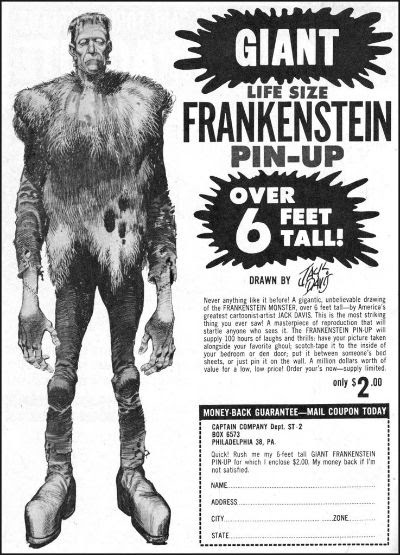 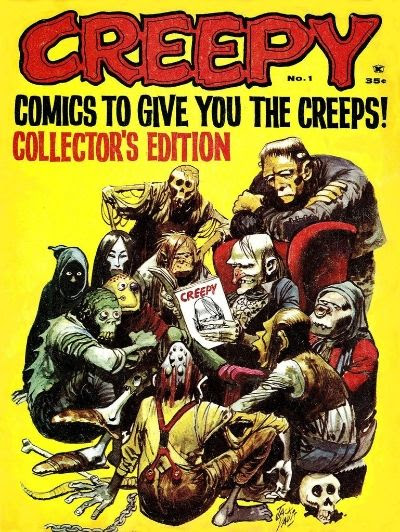 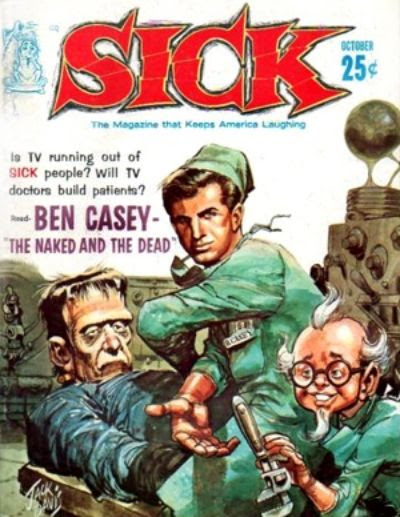 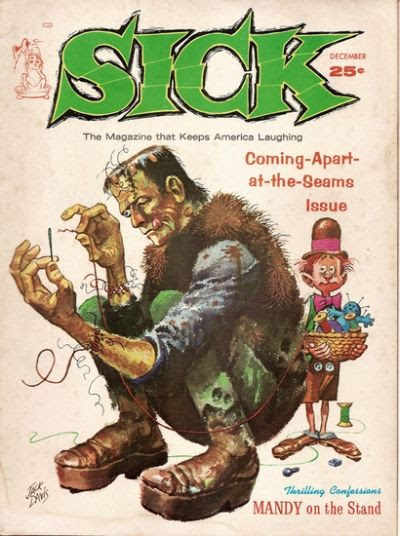 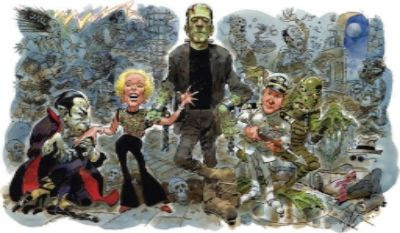 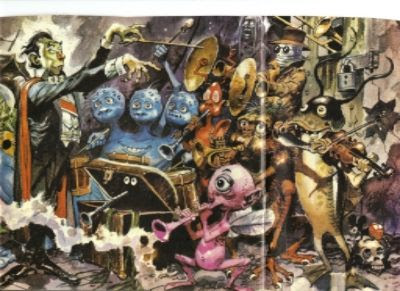 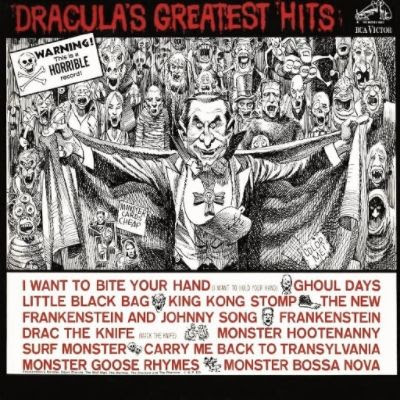 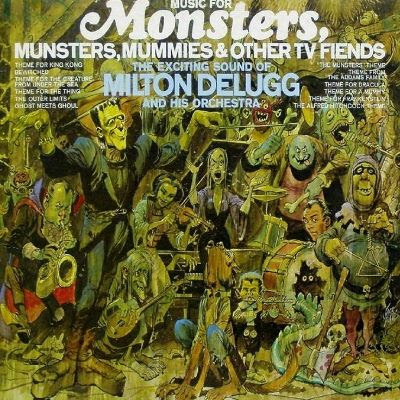 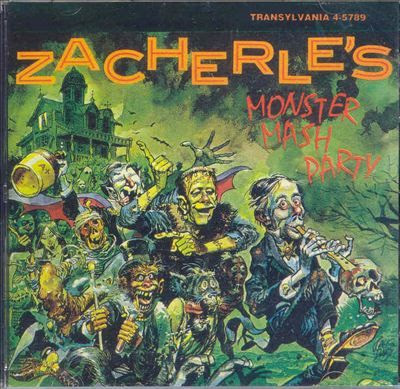 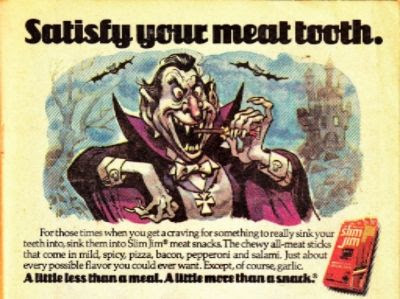 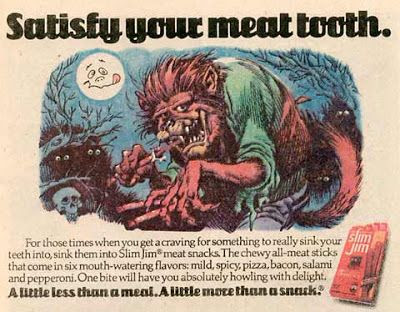 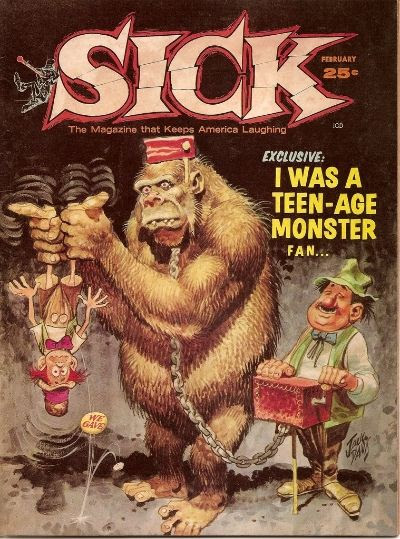 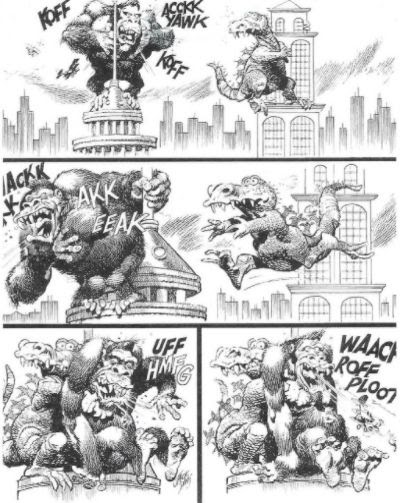 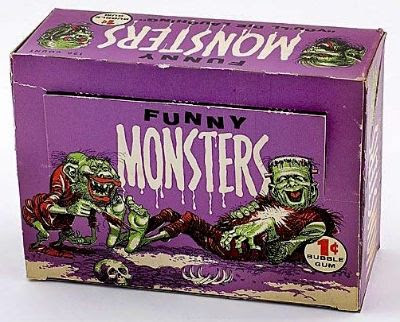 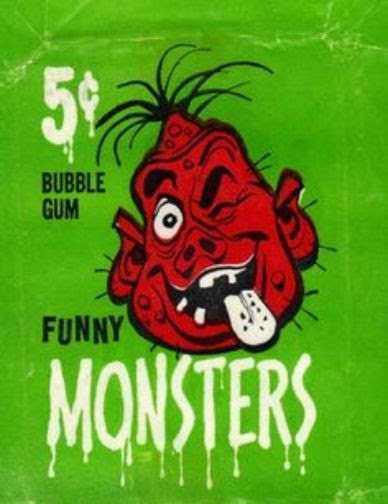 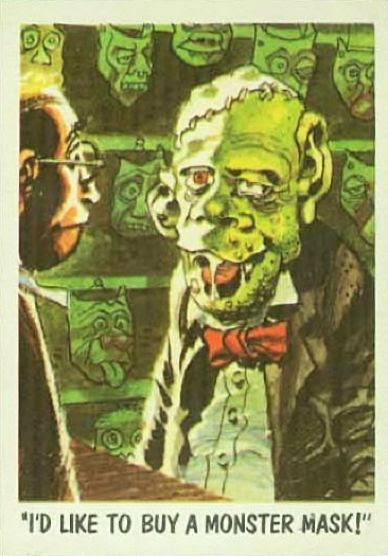 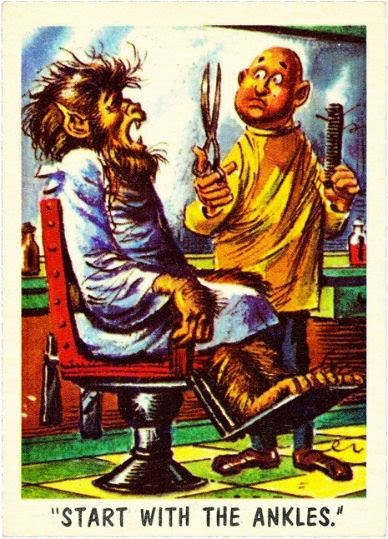 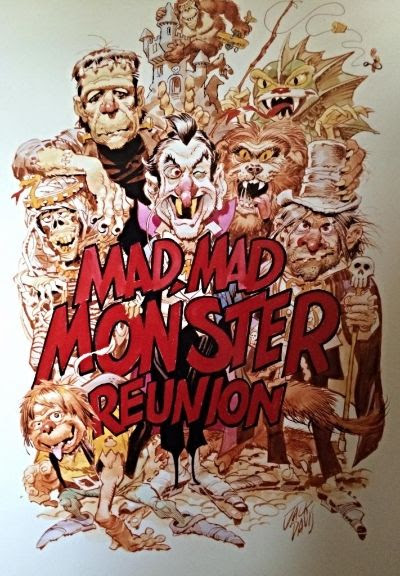 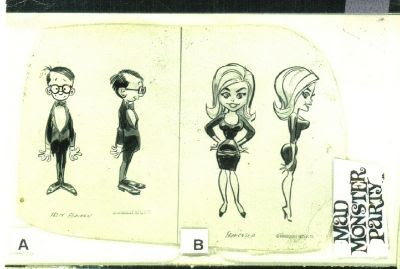 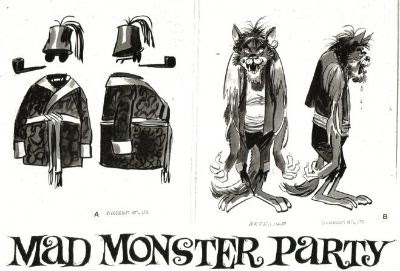 "Jack always said he was scared by Boris Karloff in Frankenstein as a child. Ironically, he would go on to draw Frankenstein hundreds of times. Arthur Rankin loved Jack's Abraham Lincoln pen and ink work and that is what led to him hiring Jack many times over the years."

If you’d like to see more of Davis’s monster-related work, Gamma Illustrations' Monster Kid site has a wonderful overview of it that you can view when you click here.

Rest in peace, Jack… and thanks for all the laughter and entertainment! 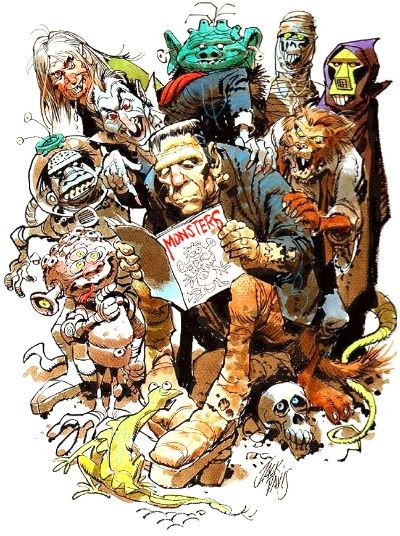