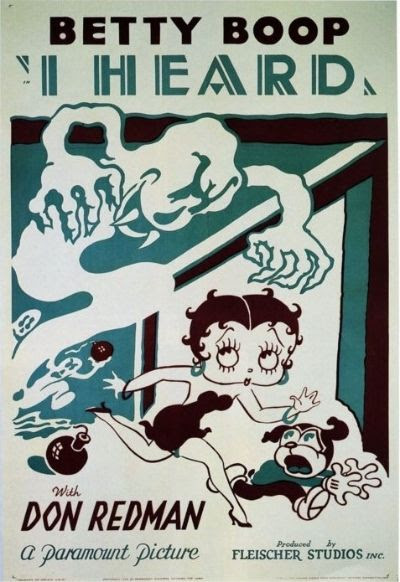 This one is surreal in the best way the vintage, early Betty Boop cartoons are, and while it doesn't get totally spooky until the end, well... there's a group of ghosts playing baseball with a large, lit bomb!!! What more do you need to know?! Plus the ever-wonderful tones of the Don Redman orchestra. It's no TRICK... it's a TREAT!!! 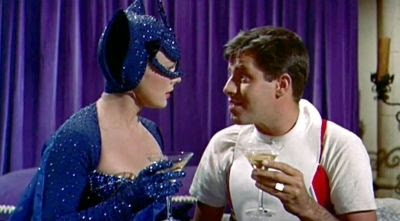 This isn't a horror-comedy per se, but it does feature both Shirley Maclaine and Eva Gabor wearing a "Bat Lady" costume (making it perfect for Halloween week) and has as its backdrop the fantastical world of comic books!

This is easily my favorite of the Martin & Lewis films, due in large part to its comics industry motif, as well as the direction by former Looney Tunes director, Frank Tashlin. It also has the distinction of being an up-to-the-minute commentary on the then-current Senate hearings on comic books and the allegations that they were a contributing cause of juvenile delinquency.

This is NOT a public domain movie, but Paramount Pictures recently launched its own YouTube channel called The Paramount Vault enabling anyone to legally watch this and several other classic films (including two solo outings by our old pal, Oliver Hardy) for free. ENJOY!

Bob Hope and Paulette Goddard in... 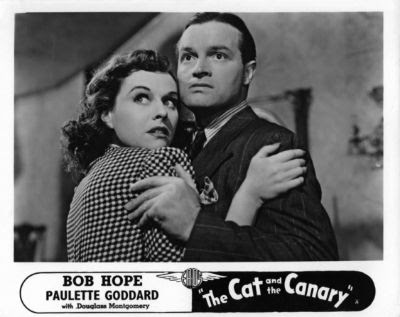 THE CAT & THE CANARY!

IT'S A HARVEST OF PERSONAL APPEARANCES AS I EMBARK ON MY ANNUAL FALL TOUR! 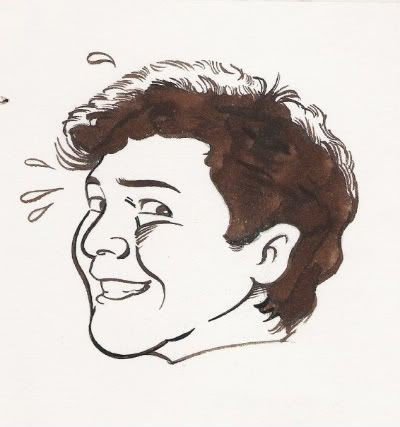 It’s that time again… time for me to head out on the road for my annual fall personal appearance tour. I’ll let the press release below fill you in on all the details – hope to see you sometime during my tour!

Chief among Castiglia’s current offerings is Rise: Comics Against Bullying, an all-star anthology of mainstream and indie writers and artists who’ve contributed stories with an anti-bullying theme. The special edition was released this past spring by Northwest Press, with proceeds benefiting organizations with anti-bullying initiatives. Castiglia reunited with popular Teenage Mutant Ninja Turtles artist Chris Allan for his tale, which was edited by Erica Schultz, writer of the acclaimed M3 comic series. 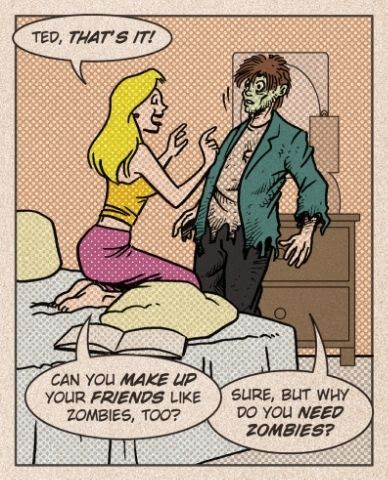 Also recently released was Archie’s Favorite High School Comics, a paperback collection of stories featuring comics’ most famous teens and the beleaguered faculty members of fabled Riverdale High. Castiglia contributed introductions to several of the stories, continuing a long run of Archie archival projects that began with the popular Archie Americana Series in the 1990s. In the digital space, Archie just released an exclusive, 124 page collection of Archie’s Mysteries stories written by Castiglia.

Another project for Castiglia that draws upon Archie Comics’ history is The MLJ Companion, a compendium of articles and interviews about Archie’s heroes coming soon from Two-Morrows Press. Castiglia co-edited the edition with Rik Offenberger. Both also contributed articles about the fabled titans, currently making a splash in a new series from Archie under the Dark Circle imprint.

Recently, Castiglia also contributed a backup story for the comic book, KING! from award-winning publishers, Blacklist Studios. The story is scheduled to be released both digitally and in print within the next few months. KING! tells the story of a former professional wrestler who fashions himself after a certain “King of Rock ‘n Roll” – and hires himself out as a monster hunter! In Castiglia’s tale, King finds himself face-to-face with a real, live goatsucker in a tale that could only be called, El Chupacabra – Ay, Carumba! 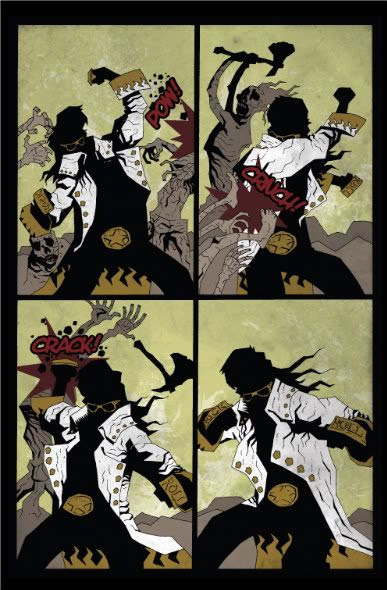 Also due out soon is issue #4 of War of the Independents from Red Anvil Comics. Created by Red Anvil publisher Dave Ryan, the series is a satirical sendup of such mainstream comics’ crossover events as Marvel’s Secret Wars and DC’s Crisis on Infinite Earths. Issue #4 is the “humor issue,” featuring such iconic indie characters as The Tick, Felix the Cat, Flaming Carrot, Gumby & Pokey, Milk & Cheese and Too Much Coffee Man, among many others. Castiglia wrote the epic tale which was plotted by Ryan, with art from Donald Simpson.

Castiglia continues to work on his non-fiction book, Scared Silly: Classic Hollywood Horror-Comedies. The book explores films where classic comedians like Abbott & Costello, the Three Stooges and the Bowery Boys got mixed up in spooky situations with ghosts, monsters and aliens.

Castiglia is also taking part in a documentary on the famed movie team, The Bowery Boys. As an Executive Producer and Creative Consultant, Castiglia has interviewed celebrities, is helping to write the narrative, is the film’s Music Supervisor and is also making casting decisions. He also came up with the name of the project, Bowery Rhapsody: the Rise and Redemption of Hollywood’s Original ‘Brat Pack.’. Recent interviews filmed include Alec Baldwin, Jamie Farr, Pat Cooper and Adam Ferrara.

Following are the details of Castiglia’s “Fall NY/NJ” tour for 2015. Unless otherwise stated, at each appearance Castiglia will sell and autograph copies of comics and book projects to which he’s contributed, including Archie’s Weird Mysteries, Archie Americana, Hey Kids Comics, Sonic, With Great Power, Midnight Marquee Actor Series: Vincent Price and more:

More information on Paul Castiglia’s career can be found at Wikipedia and the Internet Movie Database
Posted by Paul Castiglia at 12:00 AM No comments: