GET "SCARED SILLY" THIS SUNDAY: YOUR CHANCE TO HEAR ME SPEAK LIVE IN-PERSON OR ON ZOOM!!! 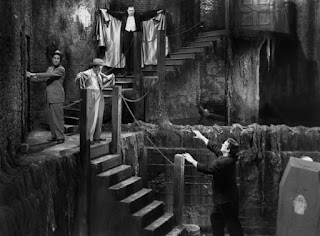 Hello, Scared Silly fans. I want to let you know about a special event happening this Sunday, June 13th at 7PM Eastern/4PM Pacific. My friend Denny Daniel, owner and curator of the Museum of Interesting Things, will be doing what he does weekly since the pandemic hit: presenting a live presentation on Zoom that can also be safely attended in-person (with masks and social distancing). The theme for this Sunday's event is "Scared Silly." Denny's presentation will include a plethora of 16mm films projected onto a screen, as well as demonstrations of inventions, gadgets and gizmos relating to filmmaking, photography, entertainment and more. The thrust will be both classic horror-comedy films as well as straight-up horror films (including many of your Universal monster favorites). I know for a fact that Abbott & Costello and the East Side Kids will be represented, and there will be other surprises, too... including a little talk from yours truly! 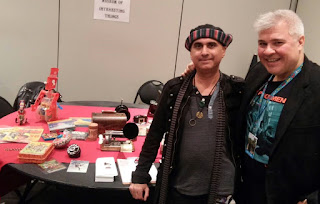 Since Denny's endeavor is educational in nature, he is able to bring you the finest entertainment from yesteryear to present an historial time-capsule. Many of the films Denny will show were released by Castle Films and other similar companies, who catered to customers who wanted to watch snippets of their favorite films, cartoons, newsreels, sports highlights and more via projectors in their own living rooms. Remember, these were the days before VCR's, and in some cases, some home movie hobbyists didn't even have television sets (especially pre-1950s when TV's became more prevalent in households). 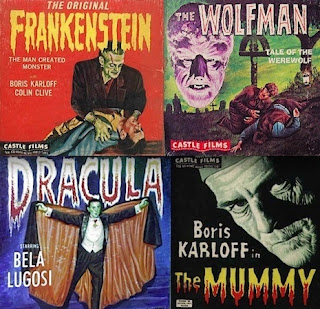 The Museum of Interesting Things is a traveling museum that goes to schools, events, conventions, other museum and gallery spaces, private parties, camps and more. Denny's goal is to present to the public of all ages things both common AND rare, while explaining the evolution of where it all came from. For example, Denny might start with showing a music streaming service on a device, then travel backwards to iPods, CD Walkmans, cassette Walkmans, portable cassette players, 8-track players, reel-to-reel players, record players, wax cylinder players, and more. Popular topics Denny presents include wind-up toys, quack medical devices, the history of the women's suffrage movement and more. Best of all, whenever Denny does an exhibition, you can actually touch the objects he's presenting, and operate them, too!

If you're interested and able to purchase a ticket, you'll be aiding a great cause which helps Denny keep this vital educational endeavor running, especially now that he's back to doing masked, socially-distanced live shows in the museum space in-person, that are simultaneously streamed virtually. Click on this link to order advance tickets to the Zoom stream or the live-in-person event, or you can also purchase tickets at the door (The Loft at Prince Street, 177 Prince St, 3rd Floor, between Thompson & Sullivan streets in Soho NYC) when you arrive. You can also call 212 274 8757 for more details. Hope to see you there!

Until then, please enjoy this mini-documetary about Castle Films and other home movies!
Posted by Paul Castiglia at 12:00 AM No comments: