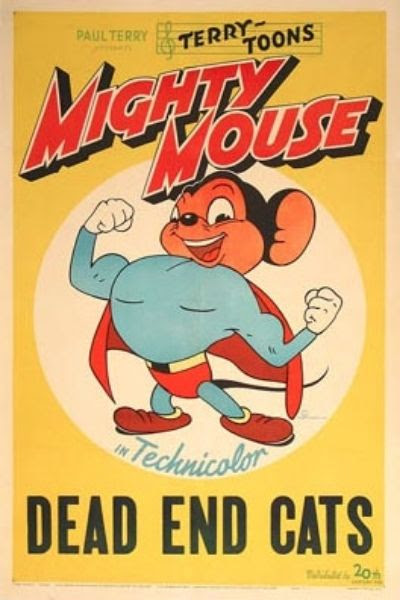 Bowery Boys week continues here at Scared Silly (read all about it by clicking here)… and here’s another Saturday ‘Toons edition!

We’re starting off with the poster above for the Mighty Mouse cartoon, Dead End Cats. I can’t post the cartoon here as it’s not in the public domain, but the movie poster is. The cartoon itself has nothing to do with the Dead End Kids beyond the title possibly being inspired by it.

The following cartoons, however ARE in the public domain and so I’ll happily post them here.

The first, a Max Flesischer cartoon features the first-ever animated reference to the Dead End Kids… all the way at the end of the cartoon:

The second features another mighty mouse and is a more indirect, potential nod to Leo Gorcey. The character Herman would go on to greater fame for a series of cartoons in which he bedeviled the poor feline, Katnip. Here’s one of Herman’s early solo shorts. ENJOY! 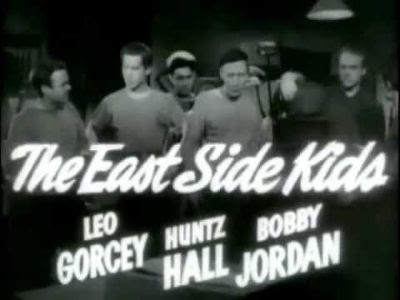 As mentioned in my post this past Tuesday (if you missed it I’ll let you read it for yourself by clicking here), it’s Bowery Boys week as I’m trekking off to California today to work on a Bowery Boys documentary (again, please check back to Tuesday’s post for details).

There are no Bowery Boys movies in the public domain so I cannot post any of their features here, but fortunately in their previous incarnation of the East Side Kids there are three public domain horror-comedies free and clear to post… so here they are – ENJOY! 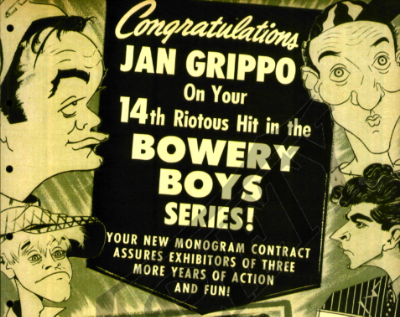 It’s Bowery Boys week! As previously mentioned, for the better part of the last year I’ve been working on a documentary about the Bowery Boys (and their earlier incarnations, the Dead End Kids, Little Tough Guys and East Side Kids) with the wonderful folks from Handshake Away Productions. I’m acting as an Executive Producer, Creative Consultant, Writer and more. Click here for our imdb link.

Later this week, East will meet West as I travel from the New York area to California to meet (for the first time) my fellow Executive Producers, Colette Joel and David Key to film some new interviews, and review and select footage for both a teaser trailer and official trailer, as well for the documentary.

In anticipation of my trip and our first “in-person” collaboration, I hereby present the trailers from most of the East Side Kids horror-comedies (I don’t have a trailer for Boys of the City) as well as all of the Bowery Boys horror-comedies. Plus a few bonus “horror-onable mentions” and some clips from previously filmed interviews for the documentary itself. ENJOY!

Posted by Paul Castiglia at 8:28 PM No comments: