ANNOUNCING MY FIRST-EVER COMMENTARY TRACK... AND YOU HAVE 2.5 DAYS LEFT TO PRE-ORDER IT! 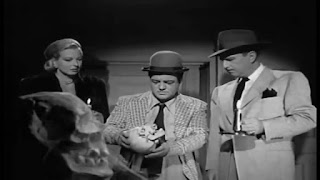 Hello, Scared Silly fans! Boy, do I have some news for you: very soon, I'll be recording my first-ever commentary track! I'll be providing commentary on the Haunted House episode (aka The Haunted Castle) of THE ABBOTT & COSTELLO SHOW TV series, which is getting a 4k restoration from Bob Furmanek, Jack Theakston and team for release on both DVD and Blu0Ray from ClassicFlix!

Now, here's the deal: the crowdfunding campain to pre-order this set has been going on for a while now, but I just came on-board the other day, and as it stands, there are just two and a half days left to get a pre-order in (the campaign ends Mon, July 12 2021 11:30 AM EDT). If this is something you'd like, even though this will eventually be publicly, I highly encourage the pre-order route to ensure you have a copy reserved (especially since donors will receive their copies well before those who order from online or brick and mortar retailers).

Here are all the pertinent details per Bob Furmanek, straight from the Kickstarter page:

"Seventy years ago, on the morning of May 21, 1951, cameras rolled on Stage #1 of the Hal Roach Studios on what would ultimately become one of the most iconic television shows of all time.

I am thrilled to announce that we are working with TCA Television Corp. and the Lou Costello Estate to restore and preserve THE ABBOTT AND COSTELLO SHOW from the original 35mm camera negatives!

Season One includes twenty-six timeless episodes with classic comedy and dozens of great routines that still endure today, including “Who’s On First?," “Mustard,” "Slowly I Turned,” and “The Susquehanna Hat Company." The quirky cast of characters include Mr. Fields (and his many brothers and cousins), Bingo the Chimp, Mr. Bacciagalupe, Stinky, Mike the Cop and their inexplicably cultured neighbor, Hillary Brooke.

Fans have enjoyed this great show for decades but have never experienced it as originally photographed by George Robinson - in crystal clear 35mm quality! There are twenty-six episodes of 35mm picture and track elements in Season One which total nearly 120,000 feet of film. Needless to say, this is a VERY laborious and expensive project. The goal of this campaign is to secure enough pre-orders to ensure a break-even point. We need to guarantee advance sales of approximately 624 units for the first season.

We are asking you to pre-order now to show your interest and support. We are currently past the halfway point with our 4K scanning and this release will be in your hands no later than December 2021. The Blu-ray or DVD set would make a wonderful gift for anyone that loves vintage television and classic comedy!

The same creative team responsible for last year’s critically acclaimed restoration of AFRICA SCREAMS and our current work-in-progress restoration of JACK AND THE BEANSTALK will be collaborating on this venture.

Jack Theakston is Producer and Thad Komorowski at Cineaste Restoration is doing the digital image clean-up. Greg Kintz will handle audio restoration and ClassicFlix will be distributing the Blu-ray and DVD. 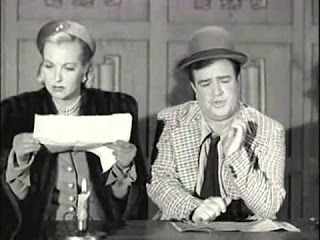 I (Bob Furmanek) was official Archivist for the Abbott and Costello Estates for many years and there is nobody better suited to the task of overseeing this project. Among my accomplishments were saving many of the original 35mm camera negatives from this series (some were nearly destroyed) and co-authoring the definitive book on their feature films, "Abbott and Costello in Hollywood" with Bud and Lou expert, Ron Palumbo.

Thanks to your very generous support through two recent Kickstarter campaigns, I have ensured 4K digital restoration and preservation of both AFRICA SCREAMS and JACK AND THE BEANSTALK."

I encourage all Scared Silly fans to click here to check out the full campaign link for more details on pledge bonuses, technical details, region codes, retail sales and more. And don't forget, you only have until Mon, July 12 2021 11:30 AM EDT to pledge and pre-order!

Now, please take a look at this short video wherein producer Jack Theakston gives you a preview of just how good this restoration will look... ENJOY!

It’s also tied into the American Revolution, hence this post falling on America’s Independence Day. The film’s script is very well written. It tells the tale of Horatio Prim (Costello), a bumbling but masterful tinker in 1780 who longs to marry Nora, the housemaid of wealthy estate owner Tom Danbury. To that end, Horatio procures a letter of commendation from General George Washington in hopes of obtaining permission to marry Nora from Tom. Unfortunately, Horatio has a rival for Nora in butler Cuthbert (Abbott), who causes him trouble no end. But the real trouble comes from Danbury himself, who is secretly a traitor out to aid Benedict Arnold. Both Nora and Danbury’s fiancé, Melody (the luminous Marjorie Reynolds) learn of Danbury’s plot. Nora is captured and Danbury confiscates the commendation letter from her (she had been holding it for Horatio) and hides it in the mantelpiece clock, but Melody manages to escape on horseback in an effort to warn George Washington. She soon encounters Horatio, and the two are framed as traitors, executed and dumped into a well.