A HOLIDAY TRADITION: THE CREEPS OF CHRISTMAS - 2019 EDITION! 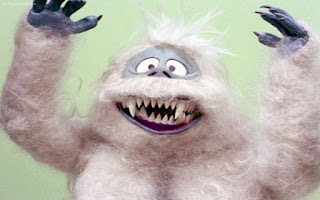 THIS IS AN "ENCORE" POST - I ORIGINALLY POSTED THIS ENTRY IN 2009 AND THOUGHT I'D RE-POST IT FOR ANYONE WHO MAY HAVE MISSED IT.