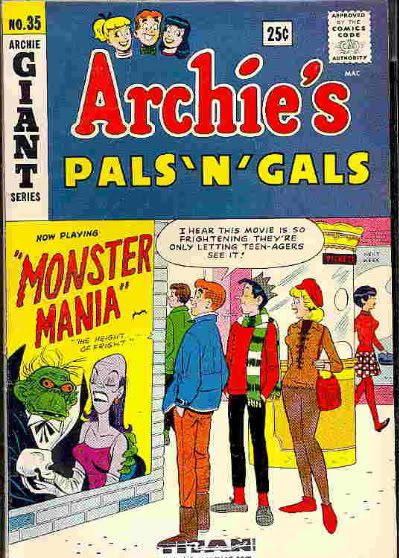 Well, the Halloween weekend is finally upon us! A couple days ago I posted my recommendations for perfect Halloween viewing, but I realized I left some good choices out. So with this post I hope to rectify that.

I also thought it might be great to embed trailers or clips from some of the movies mentioned in Wednesday’s post for which I only provided hyperlinks. Just trying to make things easier for all of you!

Anyway, no Halloween is complete without Bela Lugosi and Vincent Price – I’ll watch just about any of their movies at any time – but here I’ll just point out a few you may want to check out:

BELA LUGOSI: Most folks are familiar with the tale of “poor Bela.” Hungarian matinee idol of stage and silent screen emigrates to America and lands iconic role of “Dracula.” Appears in a few bona-fide classics thereafter including “White Zombie,” “The Black Cat,” “Son of Frankenstein,” “Island of Lost Souls,” “The Wolf Man” and of course, “Abbott & Costello Meet Frankenstein”… but appears in double (maybe triple) the amount of less-than-classic cheapies for “poverty row” outfits including Monogram, PRC and Ed Wood. Bela holds the record as the boogeyman that appeared in the most horror-comedies, so he’s “Scared Silly” royalty. Some of his films I really like are:

“The Devil Bat”: a PRC low-budget classic. So bad it’s good in spots… but actually pretty good in spots as well. Very entertaining, with some laughs as well (some intentional and some not). A scientist (Bela) specializing in perfumes sells out his share of the royalties in exchange for upfront payment and then gets ticked when everyone else in the company gets rich off their profits. He breeds giant bats (that look more like turkeys crossed with vultures) trained to kill when they smell a particular scent – which Bela somehow manages to dab on each of his victims! Arthur Q. Bryan – the original voice of Elmer Fudd has a role.

“The Corpse Vanishes”: this time Bela is set adrift in a Monogram cheapie. This one is totally loopy – Bela is a mad scientist that sleeps in matching coffins with his equally creepy wife (Elizabeth Russell). Oh, and the corpses that keep vanishing are the brides who keep kicking the bucket at their weddings. Bela is draining their fluids to keep his wife young. I think Ralph Kramden was considering doing the same for Alice (can you blame him)? Also features one of Hollywood’s most towering yet diminutive talents, dwarf actor Angelo Rossitto – a favorite Lugosi sidekick.

“Return of the Vampire”: this wartime programmer gets short shrift from a lot of folks but I consider it quite effective. Lugosi is Count Tesla, not Dracula – but only because the studio is Columbia, not Universal. Matt Willis plays a talking werewolf cursed by Tesla and under his control. The film offers some flips to the Dracula formula – a female Van Helsing-like character (Frieda Inescort) for one, and a (then) present-day setting of war-torn Europe, with bombs dropping amidst the gothic melodrama. Silent comedy film star Billy Bevan gets a comic relief turn as a gravedigger.

VINCENT PRICE. What can I say about Vincent? I already said quite a bit in this post as well as these reviews of his films with Peter Lorre. Vincent was one of a kind. His films remain as entertaining as ever whether Vinnie’s playing over the top, restrained or somewhere in-between. Here are a few fun Price flicks to check out:

“The Bat”: another film that is not highly regarded by most. I admit it is alternately creaky and too television-esque in spots and can see how it appeared “old hat” when it was originally released but there’s still something fun about it. It is derived from one of the great “terror templates” which I spoke about extensively here – the Mary Rheinhart Roberts play “The Bat,” with a little “Seven Keys to Baldpate” thrown in for good measure. Someone is masquerading as a bat and picking off folks staying at an old mansion… and the guests include Agnes “Endora” Moorehead and Darla “The Little Rascals” Hood! Sizzling tremelo electric guitar over the title credits, too!

“The Tingler”: William Castle’s classic. Dr. Vinnie sets out to prove that a lobster-like creature on everyone’s spine can strangle everyone to death whenever they’re scared… unless they scream which makes the creature break its hold. The seats in the theaters were rigged to vibrate at key moments. Other highlights: Vinnie drops acid to see how scared he can get (assumed to be one of the first movie “trips” ever), a mute woman is induced to horrifying hallucinations in which every faucet drips blood red (the only color in this otherwise black and white film), and the Tingler eats through the film and breaks loose into the audience at the silent movie screening (did it have to buy a ticket)?

“The Abominable Dr. Phibes”: Horribly disfigured from a car accident but believed to be dead, Vinnie as the title character seeks to avenge his wife’s death... she mortally injured in the same car crash. Nine doctors worked in vain but failed to save her life. Now Vinnie will visit the curses of the Pharoahs upon each for one ghoulish death after another. With a beautiful female assistant to boot (you think he’d be more interested in this living beauty at this point). Amazing color schemes, wry dark humor, art deco designs, fantastic music, profound acting from Price using primarily his eyes and a top supporting cast that includes Joseph Cotten and Terry-Thomas.

As promised, here are trailers and clips from some of the films I highlighted in the previous post:

HAPPY HAUNTING!
Posted by Paul Castiglia at 12:00 AM