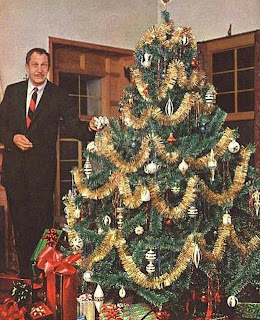 Here's a curio: a rendtition of A Christmas Carol featuring as narrator one of our Scared Silly favorites, the Prince of Horror (often with tongue placed firmly-in-cheek), Mr. Vincent Price himself!

Believed to be the earliest television version of A Christmas Carol, it was produced as an advertising vehicle for Magnavox and aired on 22 stations across the nation on Christmas Day, 1949.

Dickens' venerable tale endures, much like the A Charlie Brown Christmas TV special, due to its underlying themes befitting from whom Christmas' name derives. In this case, we have repentence, redemption and re-birth at the core, all told to us in those dulcet tones that only Mr. Price could so eloquently deliver.