THE PRICE IS FRIGHT! 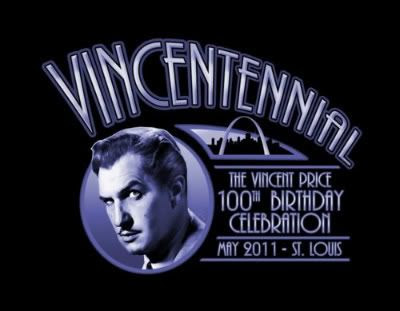 Something rather marvelously wonderful is taking place this week in St Louis, Missouri. That’s because the city famed for its arch is also famous for producing one of Hollywood’s great arch-villains!

I’m speaking of course of the inimitable Vincent Price, who would have turned 100 on May 27th. To celebrate, St. Louis is throwing a grand birthday party starting on May 19th and going all the way through May 28th! They’re calling it the “Vincentennial” (the “Pricentennial” sounds good as well, but maybe they passed on that one because it rhymes with “Bicentennial” – perhaps for Vinnie’s 200th birthday?). Many special events are planned including screenings of some of Vincent’s most famous horror films, guest speakers like Roger Corman (the man who directed Price in several of the classic Edgar Allan Poe movie “adaptations”) and Price’s daughter Victoria (author of a biography on her father), and special exhibits of Vincent Price memorabilia.

One of the city’s premier newspapers, The St. Louis Beacon has several excellent articles about both the event and the man who inspired it. I’m sure many of my readers know how much of a renaissance man Price was – in addition to being a legendary actor he was also a gourmet chef, an extremely vocal advocate for art (he brought fine art into the mainstream with a special collection sold through Sears department stores), and even an author (“The Book of Joe” was his tribute to his dearly departed dog).

Whether you knew any of the above or not, you can read the wonderful features from the Beacon when you click here. 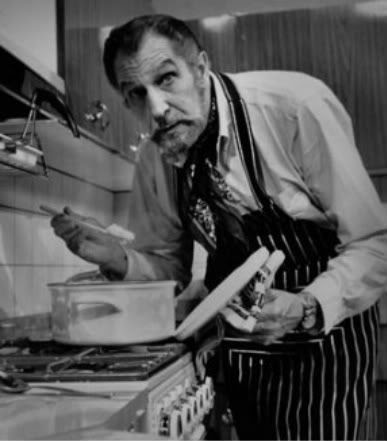 If you want an extra bang for your virtual buck, click here to check out Pete Timmermann’s piece from Playback:stl. Timmermann concentrates primarily on Corman and the Poe cycle, providing additional background on these fine Vincent Price films.

And how do I feel about Price? Well, if you’re a regular reader of this blog you know “Uncle Vinnie” has long been a favorite of mine. If you’d like to read some of my previous posts about Hollywood’s Crown Prince of Horror, just click on any of the titles below:

THE COMEDY OF TERRORS

You can learn all about my favorite Vincent Price horror flicks (and horror-comedies) at the above links, but while I’m here I’ll also recommend two of his out-and-out comedies, the brilliant “Champagne for Caesar” co-starring Ronald Coleman (Coleman, the smartest man in town becomes a contestant on a game show sponsored by Price’s company… and Price is none too happy shelling out the winnings to Coleman in a tour de force performance) and “Dr. Goldfoot & the Bikini Machine,” a James Bond spoof whose infectious silliness makes up for the areas in which it is lacking (note that Mike Myers must have seen this one – the Austin Powers “Fembots” are surely inspired by this film).

I’d also like to recommend a film that is beyond categorization – it’s one third film noir, one third romance and one third screwball comedy – and that’s where Vinnie comes in, as the hammiest actor who ever took the stage in “His Kind of Woman,” with Robert Mitchum and Jane Russell… yet another tour de force for Price!

Last but not least, I encourage you to check out the various Vincent goodies for sale from Amazon at the bottom of this post, including the Midnight Marquee Actor Series book on Price to which I contributed an essay.

Let’s go out on a high note… courtesy of Vincent’s co-star in this clip, Kermit the Frog from “The Muppet Show!” Here’s to you, Vincent!