THE LATEST ROUND OF RONDOS... 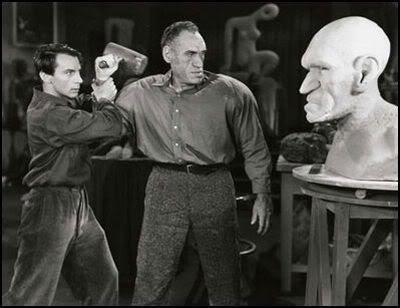 Greetings, classic horror-comedy fans! I'm pleased to announce that the latest "Rondo Award" nominations have been announced, honoring the best achievements in horror in a variety of artistic mediums for the previous year, 2011.

I'll be upfront: unlike the previous two years, the "Scared Silly" blog has not been nominated. Frankly, I don't think it deserved to be because for a variety of reasons I was unable to keep up with the blog in 2011 as much as I would have liked. My goal is to make this year much more prolific in terms of reviews (I'm conservatively aiming for a minimum of one review per month and hoping I can accomplish more). If I can achieve that goal, perhaps next year at this time "Scared Silly" will be back in the running for a Rondo.

Having said that, the awards are designed to allow "write-in" votes, so if "Scared Silly" is your favorite blog (despite the infrequency with which I post reviews), by all means cast a "write-in" vote for it.

Better still, I would really appreciate if if you would cast a "write-in" vote for the paperback collection of "Archie's Weird Mysteries" comics I wrote (there's a "Best Horror Comic" category). That is, if you're a fan of course. 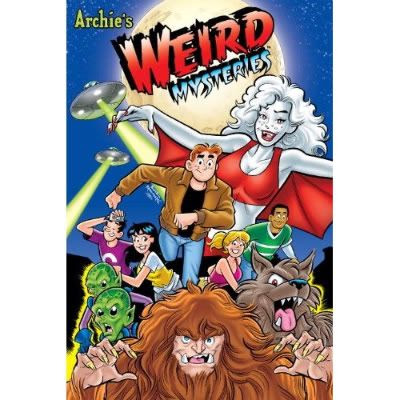 As a reminder, the Rondo Awards are named after Rondo Hatton (you can learn more about Rondo here) and are awards given to those who in some way are keeping the love for and appreciation of classic horror alive. You can view the ballot and learn how to vote when you click here.

There are some fans of "Scared Silly" that have been nominated - folks that I have become friends with whose blogs I also appreciate - and they are certainly worthy of your attention (be sure to check out their sites!) and your vote. They include John Cozzoli's "Zombo's Closet of Horror," Pierre Fournier's Frankensteinia" and of course, the irrepressible Drunken Severed Head.

As for Scared Silly, I want to thank everyone for hanging in with me. For reasons I won't go into I haven't been able to keep up with it as much as I would, but as mentioned above I am aiming to improve the frequency of reviews this year.

I should add that when I do find the time to tackle reviews I don't take the reviews of these films lightly (despite being comedies). I watch and re-watch the films, over and over again to make sure I give as comprehensive a review as possible and accurately assess my reactions to each film. I hope you find the detail in the reviews rewarding; I can't imagine tackling this project if all I did was offer a summary and a capsule review.

I am currently chipping away at my review of "The Ghost Breakers" with Bob Hope, Paulette Goddard and the amazing Willie Best. It is chock-a-block not only of jokes and one-liners but also a fairly complex and layered plot. It is taking me some time to complete the review but it is my hope that you will appreciate the effort once it is posted, which hopefully will be sometime next week.

Until then, here's the super-cool Svengoolie's preview of "The Ghost Breakers" from when he ran it on his horror movie show - HAPPY HAUNTING!